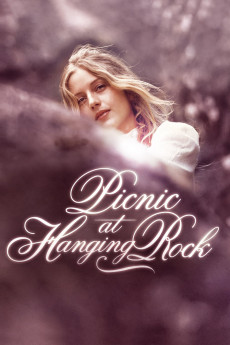 Action / Drama / Mystery / Romance On Valentine's Day 1900, most of the small student body and staff of Appleyard College, a private girls' boarding school in Victoria State, Australia, are going on a day long picnic to nearby Hanging Rock. Two people who will not be going are Mrs. Appleyard, the school's owner and proprietress, and Sara, a student who is being punished for a situation outside of her control. Later that evening, the picnickers arrive back to the college later than expected minus four people: teacher Miss McCraw, and students Miranda, Irma and Marion, all of whom have gone missing. The three girls plus a tag-along student, Emily, went exploring up the rock, when Emily came rushing off the rock by herself in a frightened panic, with several cuts and bruises and her dress torn. By that time, no one had noticed that Miss McCraw had also gone missing. Emily cannot remember anything about the incident beyond seeing Miss McCraw off in the distance climbing up the rock when she herself was heading down. As the authorities go on an exhaustive search for the missing four, their disappearance elicits different reactions from people involved. Michael Fitzhubert, a young well off man, who, along with his valet Albert, saw the four girls climbing up the rock, and feels compelled to find them. Sara, who idolized Miranda, is quietly affected as she keeps several secrets about herself and what Miranda told her earlier that day. And Miss Appleyard, although concerned about the welfare of the missing four, seems more concerned about the possibly tarnished reputation of the school, to which her name is attached, and the affect the scandal may have on its viability.